Shut Up and Keep Running

While waiting at the picturesque start line of my first running race since high school, a lady in official clothing said to me, “So, you’re just doing the 25km?” Just the 25km? Was she joking? There I was, wondering whether I’d even make the finish line, and this lady insinuates that 25km wasn’t far. Things were put into context however, when the machine-like men and women competing in the 80km and 100km divisions came into view and began grinding their way up the hill to my humble division’s start line. They’d ran 25km just to get there. As I watched them refill their water bottles, peel bananas and take sips of coke, I was like, “ok lady, I see what you mean."

Around the time I turned 30, I realised that if I wanted to run, I had to start off small and build. Since that moment, my running experience has been one of expanding horizons. Distances that once appeared unachievable are now easy access. And so it was that my thoughts returned to the men and women rehydrating at the 25km station... perhaps my future held an even longer run? Snapping back to reality... before such lofty distances were remotely conceivable, I had very real and immediate concerns i.e., the promise I’d made to myself to run slow and steady. 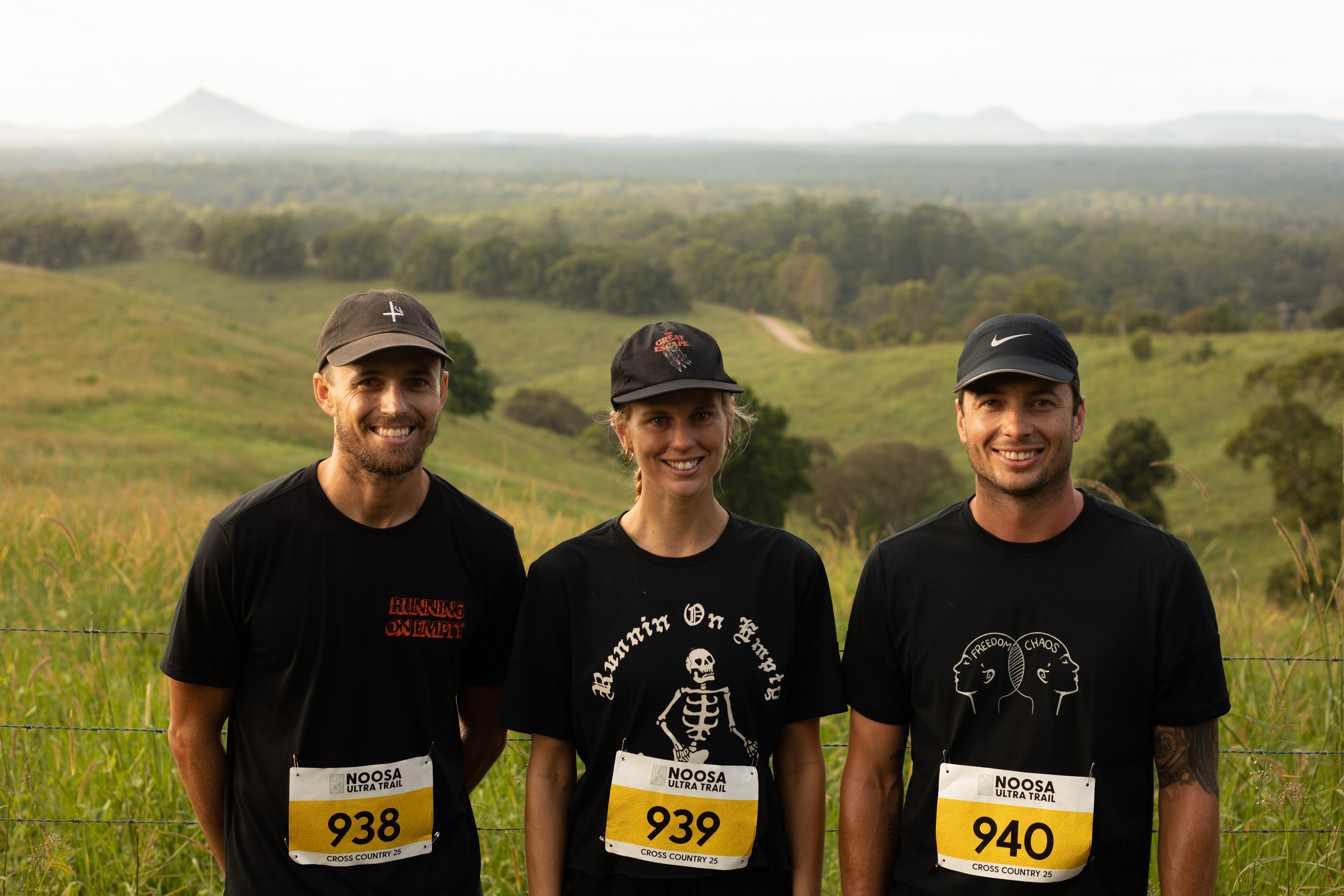 I broke that promise at the start when I let my excitement ‘overrun’ my common sense and I ran the first 5km’s like I was going to stop after the 6th. It was right around the 13km mark that I realised just how little I’d have left in the tank toward the end of the race. Soon after that, the temp hit 30°C and I realised I should have carried hydration... another tough lesson. At the 15km mark, I made the mistake of looking back, where I saw a sixty-something-year-old lady closing the gap. The painfully slow chase, which I’d surrendered to the moment I saw her, ended after the longest 2km of my life. I clapped for her and called her an inspiration and as she passed, and she very matter-of-factly told me to “shut up and keep running”, haha. And so, I did, until around the 20km mark, where the run became an intermittent walk/run, walk/run.

During the last 5km, I clapped for another 10-or-so people of all shapes and sizes, thinking of that old fable about the tortoise and the hare. I persisted to the finish line and crossed with the bravest face I could muster, which didn’t appear to convince the commentator, who politely pointed out that I had “looked a lot better for wear at the start.” Haha.

It’s true, I was runnin’on empty, but at least I was high on dopamine! Now it’s back to the drawing board to see if I can work out a plan to make the distance again, on a different trail, with better restraint and more form, and perhaps somewhere way down the track I might even increase the distance. 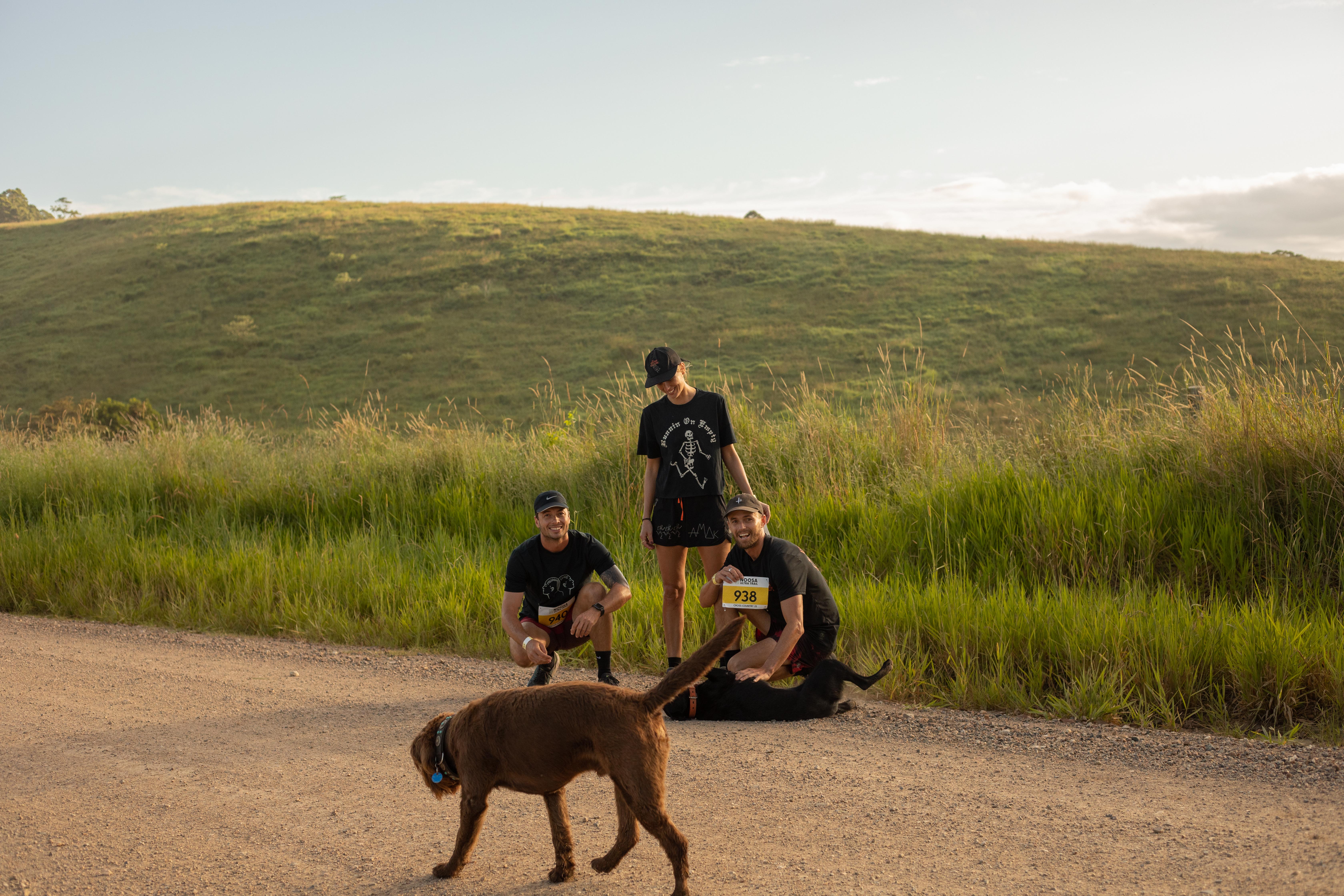 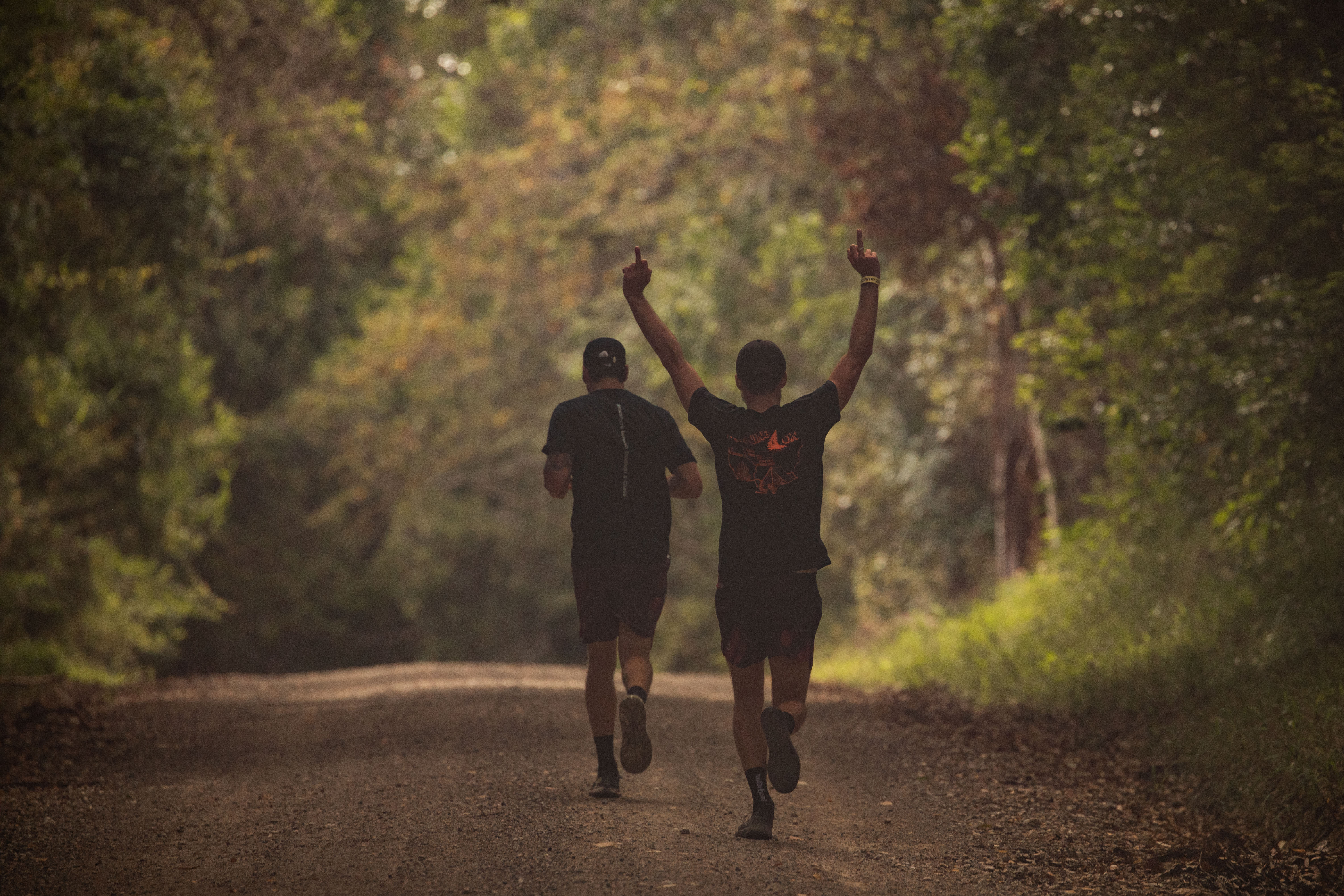 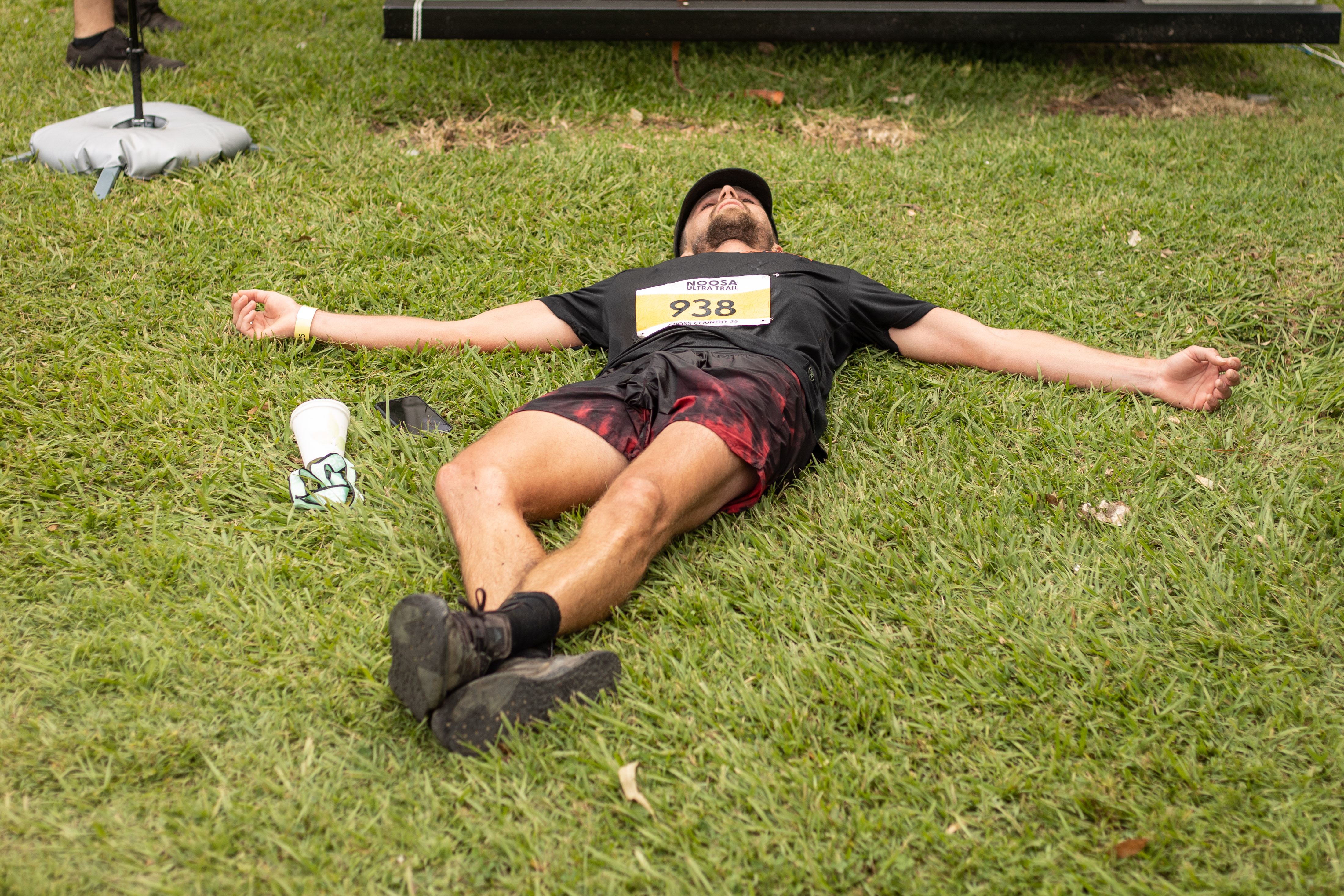 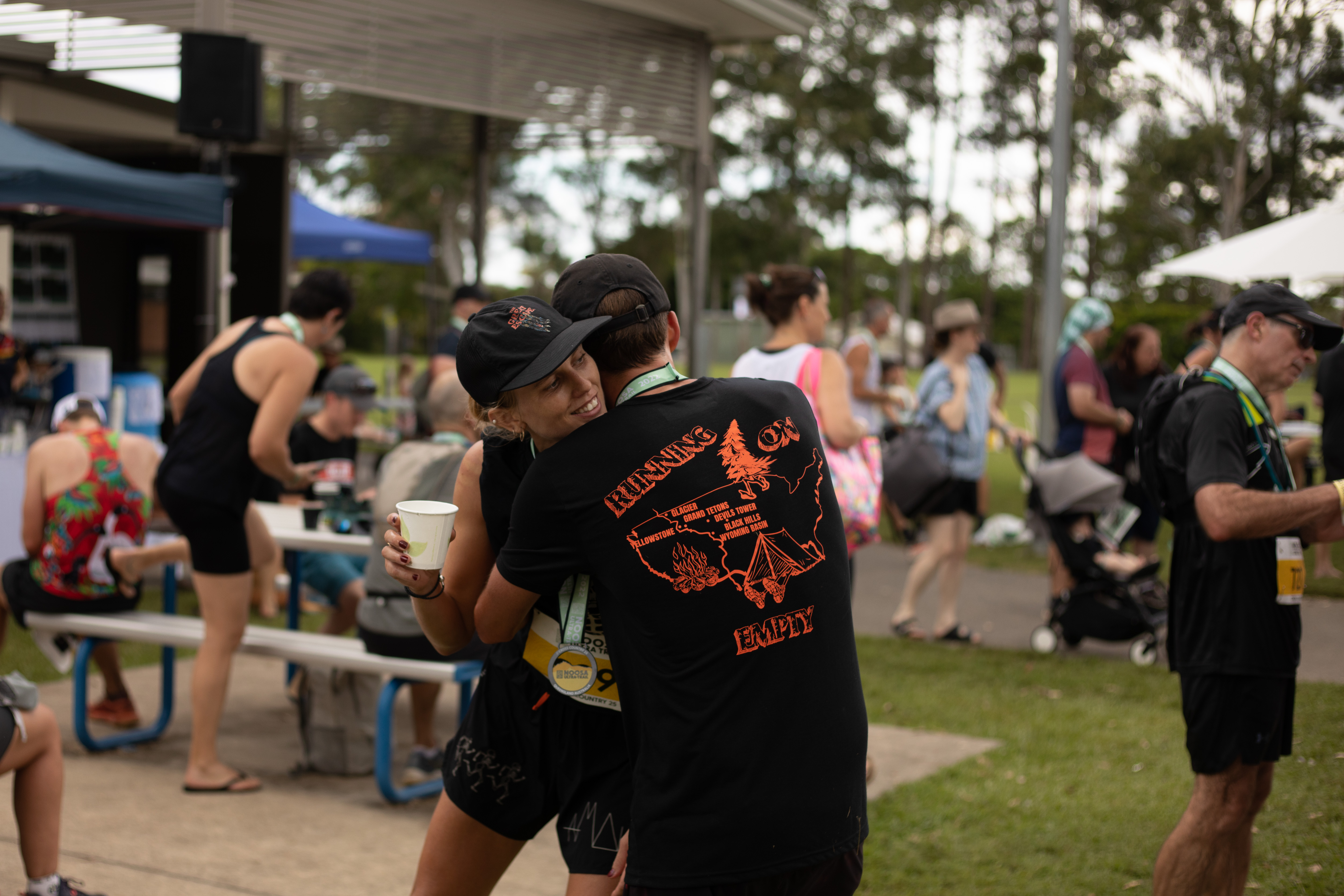