For the price of a large bottle of beer in Oaxaca City, I could have bought two tacos.

For the price of the second bottle, I’d have gotten a couple of hot tamales. On most afternoons, I skipped the food, necked the two beers and dropped in at a mezcaleria, where a half-decent shot of mezcal cost twice as much and had four times the effect. After that it would be a while before I thought about food again. I’d sit and adore the Oaxacan tradition of taking many little sips of many little mezcalitos. I was drawn to it like a moth to a flame, and by the end of my stint, I was burnt to a crisp. 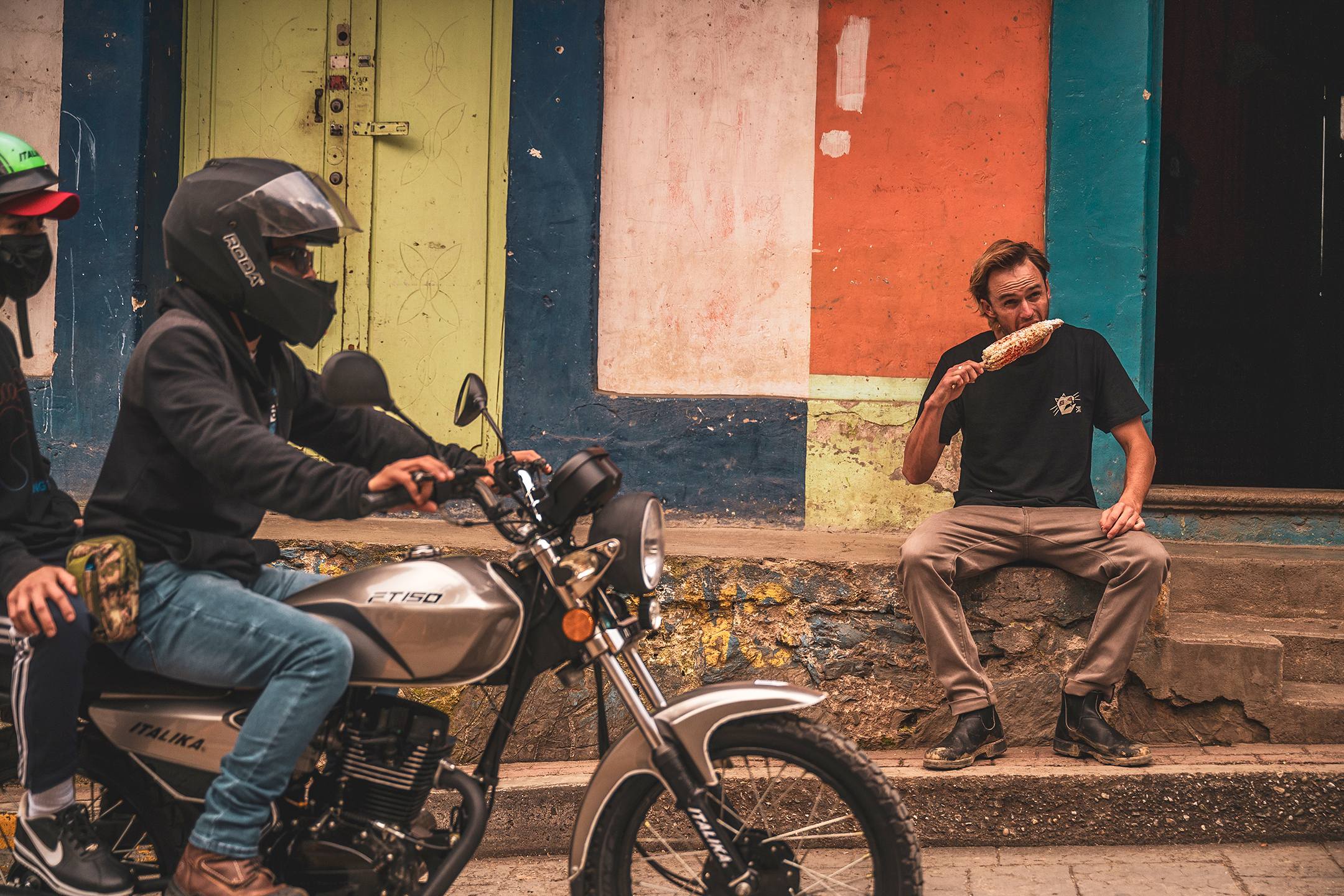 There was something original in the atmosphere of every mezcaleria I visited, each time I’d be lulled into a state of observation and reflection. I’d hear but not understand, senses receptive to a warm breeze, a cool dark corner, a hot tin roof, the smell of fresh tortillas, the sound of a nylon string guitar, and the deep baritone of the mezcalero who sang along with it. One such musician, who played music in return for mezcal, said to another that mezcal would bring out the animal in him, “Maybe I’m a bunny and I jump around and dance and be silly. Maybe I’m lion and I’m vicious and frightening and entitled. Or maybe I’m a turtle, sometimes I’m a turtle. Either way” he said, “if I drink too much, I end up talking to the floor.”

Like all ‘good’ drunks, I considered myself a mix of all three and each night attempted a weaving course through the many moods of many mezcalitos. As the turtle (who was my favourite spirit animal and the least annoying to others), I’d find myself contemplating the cultural mysticism of Oaxaca. At the surface level, which was evident in Oaxaca city, the story appeared like any another story of colonial conquest and native dispossession. But even a turtle could see beyond the Spanish gusto and recognise that the indigenous people of Oaxaca had maintained their cultural pride and independence. I’d wonder at the significance of a land where traditional indigenous mysticism continued to thrive alongside Catholicism. And suddenly, I’d realise I was getting a bit carried away with the turtle and the mezcalitos. It was fitting I did however, because it changed the way I interpreted and experienced the cultural distinctiveness of the region’s many municipalities. 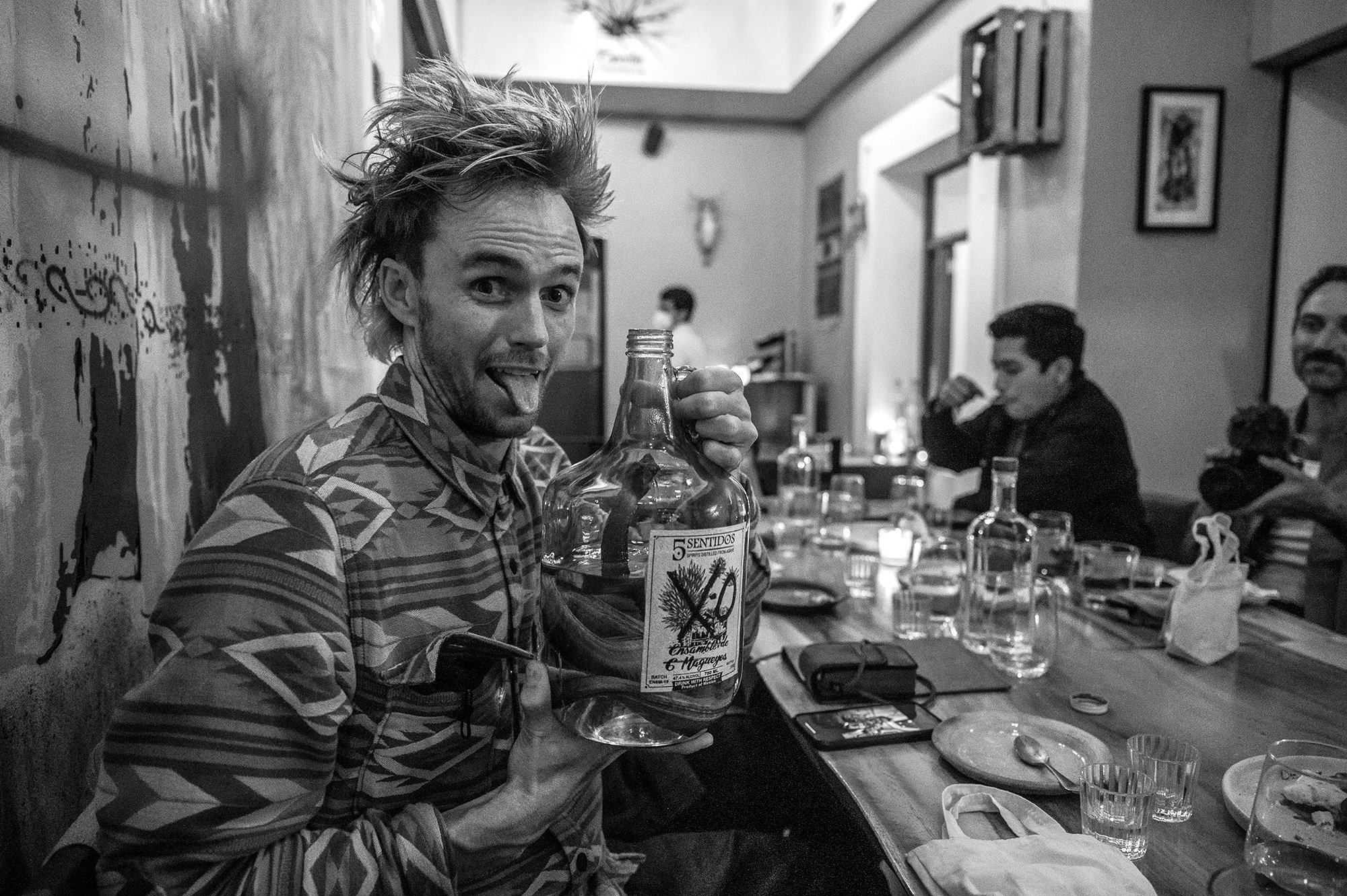 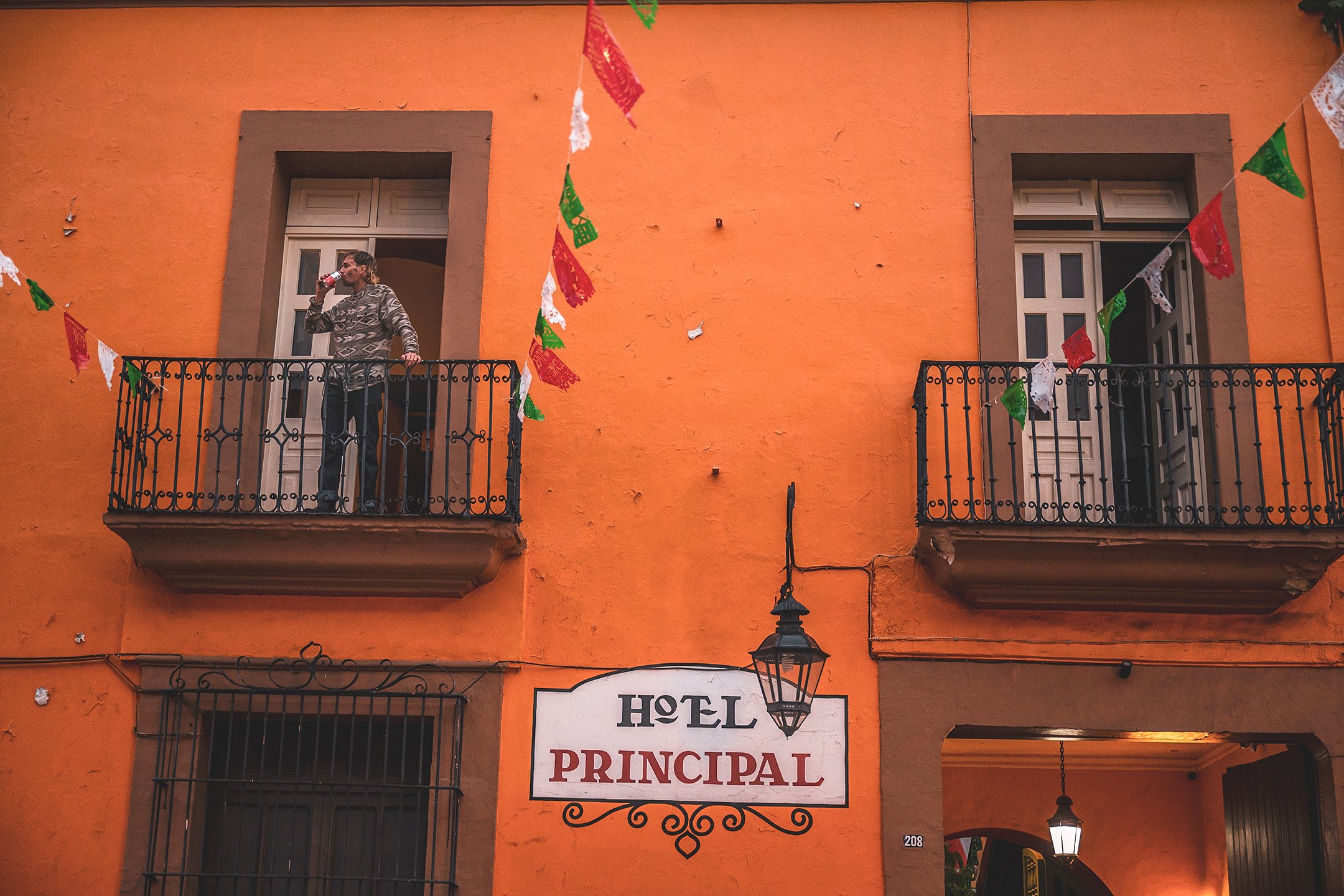 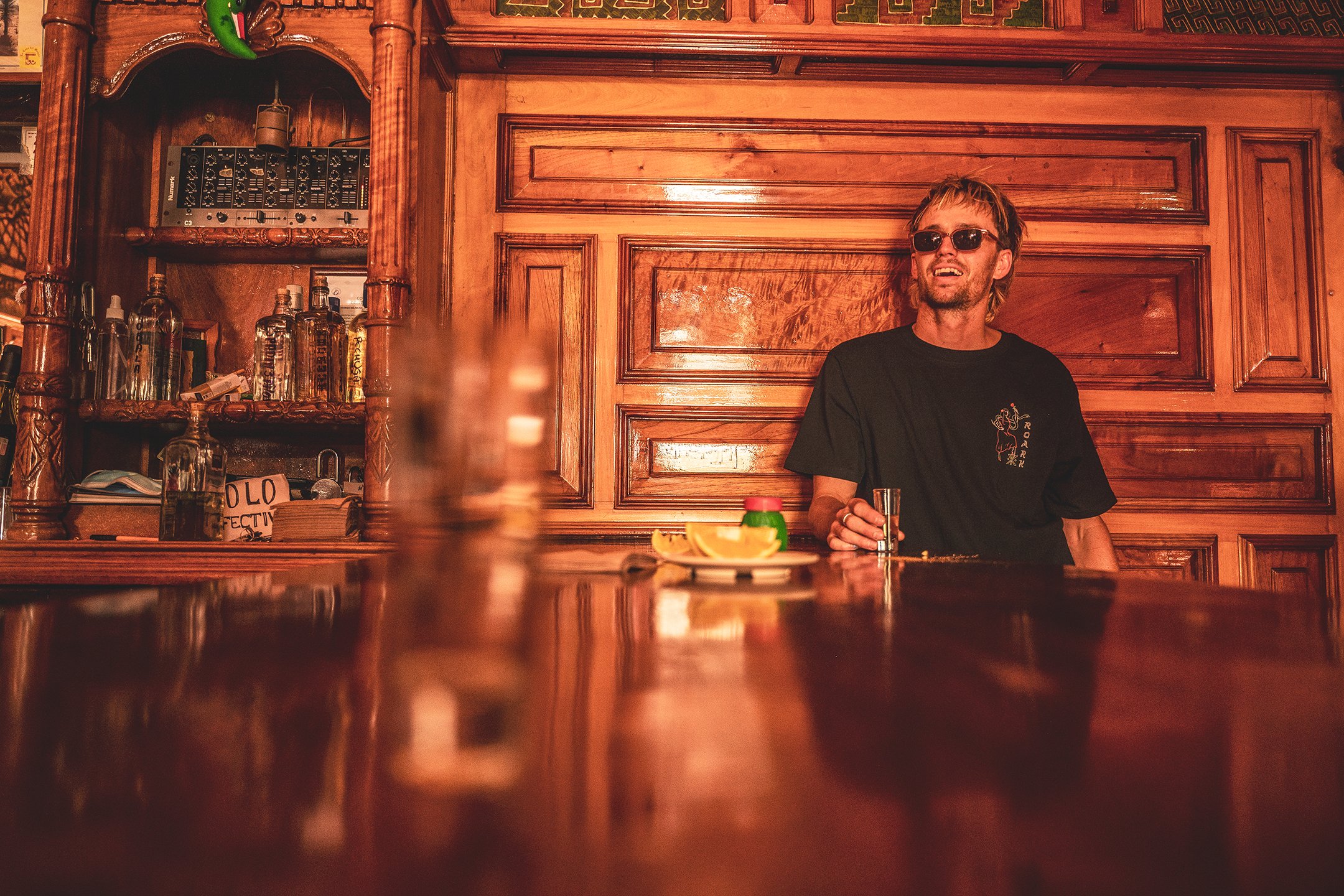 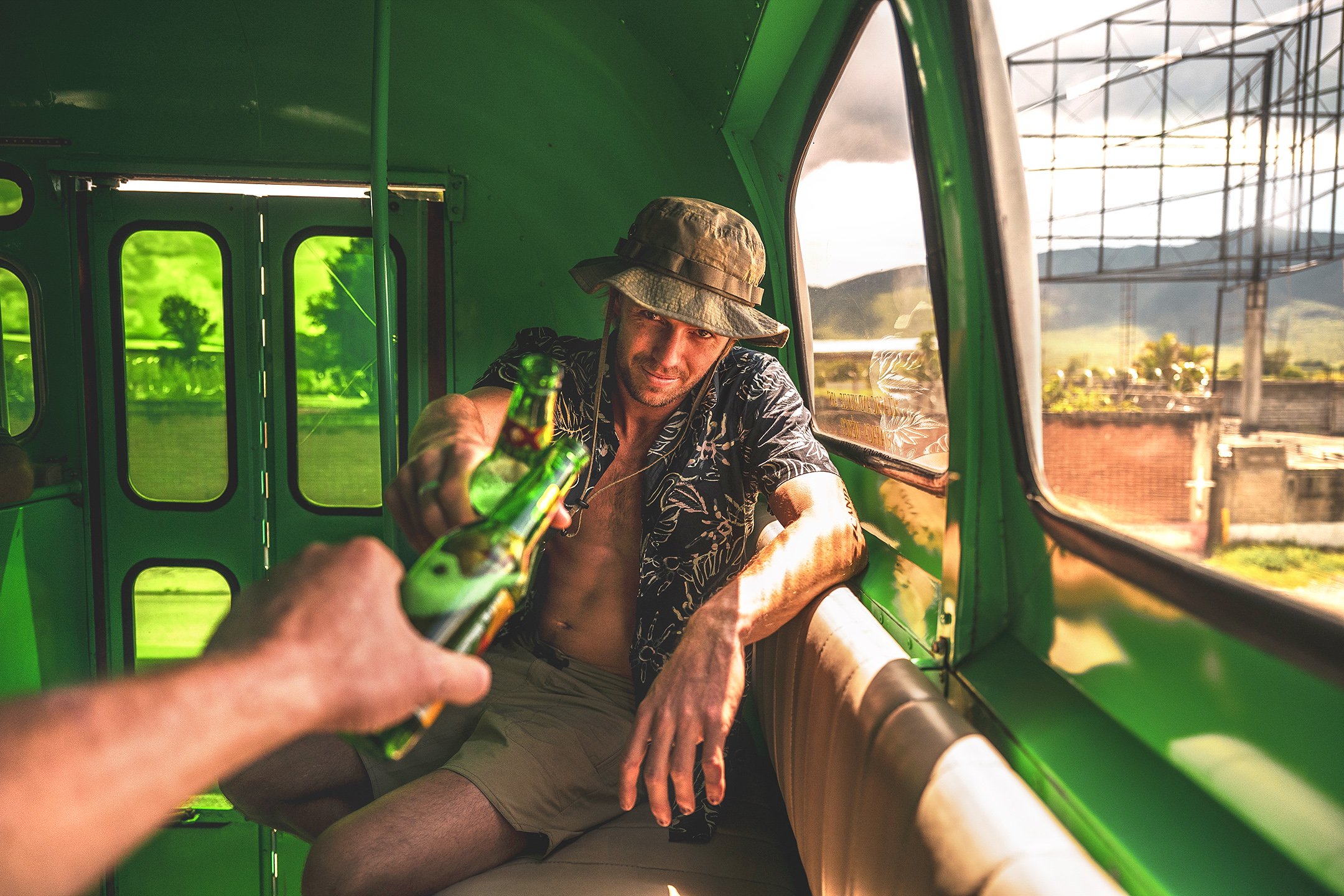 After the world-heritage-listed and very colonial Oaxaca city, we reached the misty peaks of the Sierra Madre Norte (where Matt met Luna and Mazatec met Jazz). Back down into el valle de Oaxaca, we blazed through agave plantations before traversing into the Sierra Madre Sur. In San Jose, for the price of four large bottles of beer, we sampled a local mushroom tea and blasted ourselves into the stratosphere. On the moto from there to the coast, we didn’t hit a stretch of straight road over a hundred meters long, for three-hundred kilometres. We wound down the range, little 400cc Enfield’s opened wide for the whole ride. At the bottom, for the price of three bottles of beer, we bought just that.

At the sand-bottom point breaks, the days blistered in heat and the evenings settled in surf mist. The mezcal was cheaper, it had more bubbles and was served in plastic bottles, and continued to set the right tone. The beach was a place where cultures met and clashed and made something new, a place of fusion. At the surface, I felt like the other local surfers. Deep down, I was aware of the long histories that had preceded our meeting, along with how fleeting this one would be. I was on the move, receptive and reflective, wayward in Oaxaca. The place where life extended outward in a way that was somehow different – somehow more significant, and I did my best to get in on its mystique.