If I can, the first thing I do when I arrive to a new place is look at the ocean. I assess it – I critique it – I feel it. I guess at the tides and gauge the aspect of the coast. I figure the direction of the swell and wind. It’s a kind of ritual that I’ve made for myself – it provides much needed perspective and allows me to settle.

In Morocco, I was greeted with high hills that wrapped with the curve of the coastline toward Taghazout. The air was dry, the colours of the land were a mix of tan and green and the skies were a brilliant, pale blue. A strong and cold offshore whistled through the Argan and cacti before blowing the backs off a building swell. Perfectly groomed waves peeled for hundreds of meters, and past the surf, clouds of spray were kicked up in blustery gusts.

I thought of the quiver I’d packed and which board would be ridden first. I scaled a few rocks and felt the water temp – thinking booties and a 4/3mm suit. I assessed where I might paddle out and how to avoid an embarrassing first rock-off. And as the sun set, I felt content knowing that I had a better idea of what to expect the next morning. Ritual complete, I jumped in my little hire car and left off to find a hot tagine.

I leapt into my wetsuit before running along the cliffs to the jump-off rock I’d noted the day before. Confident with a 7’5 Neal Purchase Jnr under my arm. Getting out the back just in time for a set to roll in. On the drive out to the cape we watched with building excitement as the point breaks north of Agadir came into view. Way inside the bay waves were breaking where they hadn’t the day before.

It’s hard to explain the enthusiasm that threatened to explode out of the little hire car as we sped along the road, watching as the far-off surf became more defined. It looked big. We eventually pulled over to stare at the most beautiful pointbreak that any of us had ever seen. It was a mile-long stretch of jagged cliffs lined by perfect, triple-over-head, running right-handers - we hooted and hollered and slapped each other on the backs. The strong offshore defined the long period swell and sets came marching in from the horizon in constant procession.

I swung and pointed the nose of my board into the breeze. Head down and scratching, blinded by the salt spray, I jumped to my feet and felt the wind under my board – as the Duo’s six-inch fins locked into the wave’s face, I was off and running on the longest and fastest wave of my life.

My first wave epitomised why I’d come to the other side of the world. Kicking out at the end I sat giggling on my board as I watched more empty waves careening down the point. It was a twenty minute paddle back to where I started – but that was just fine – I was locked in for the afternoon. 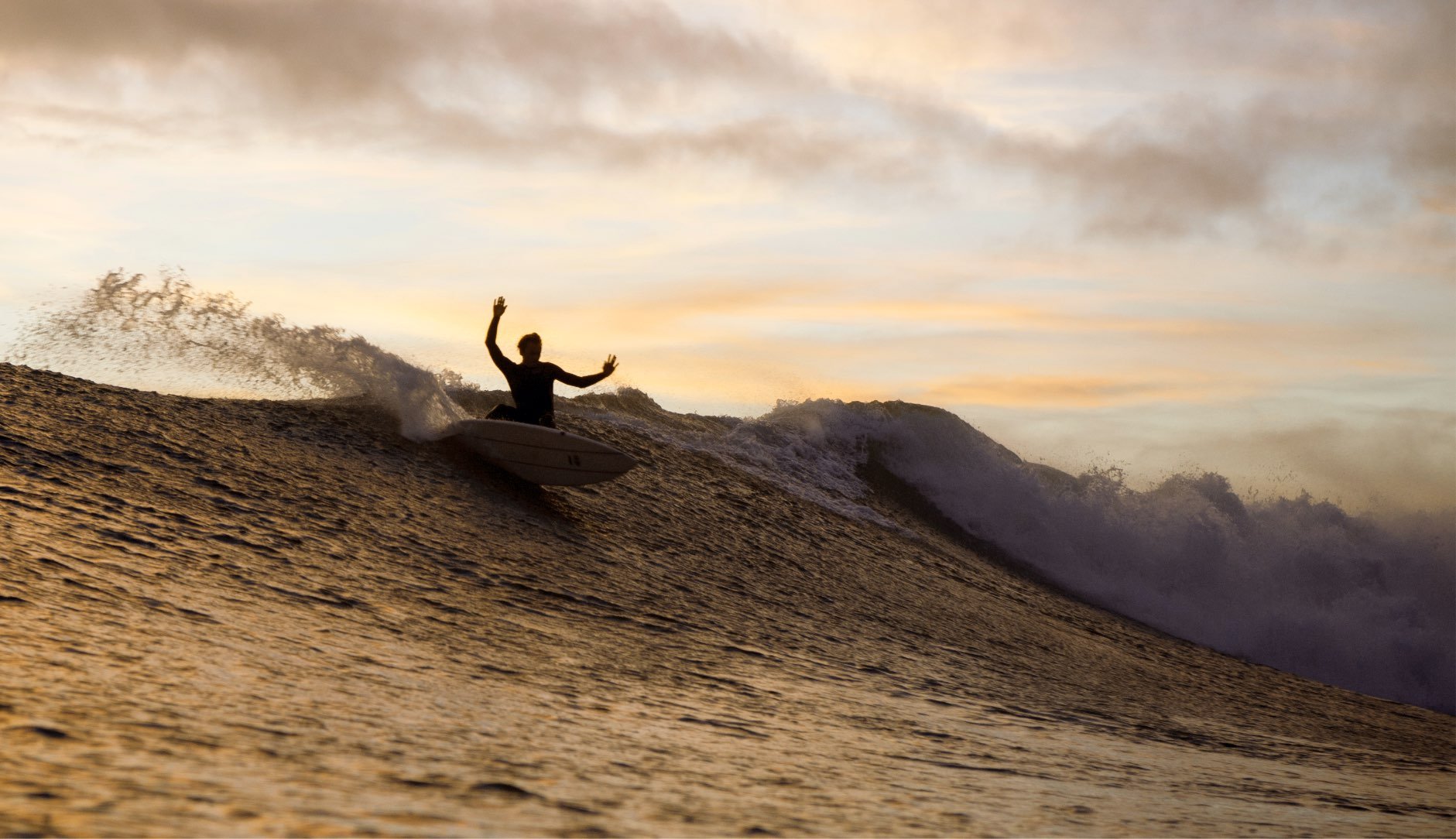 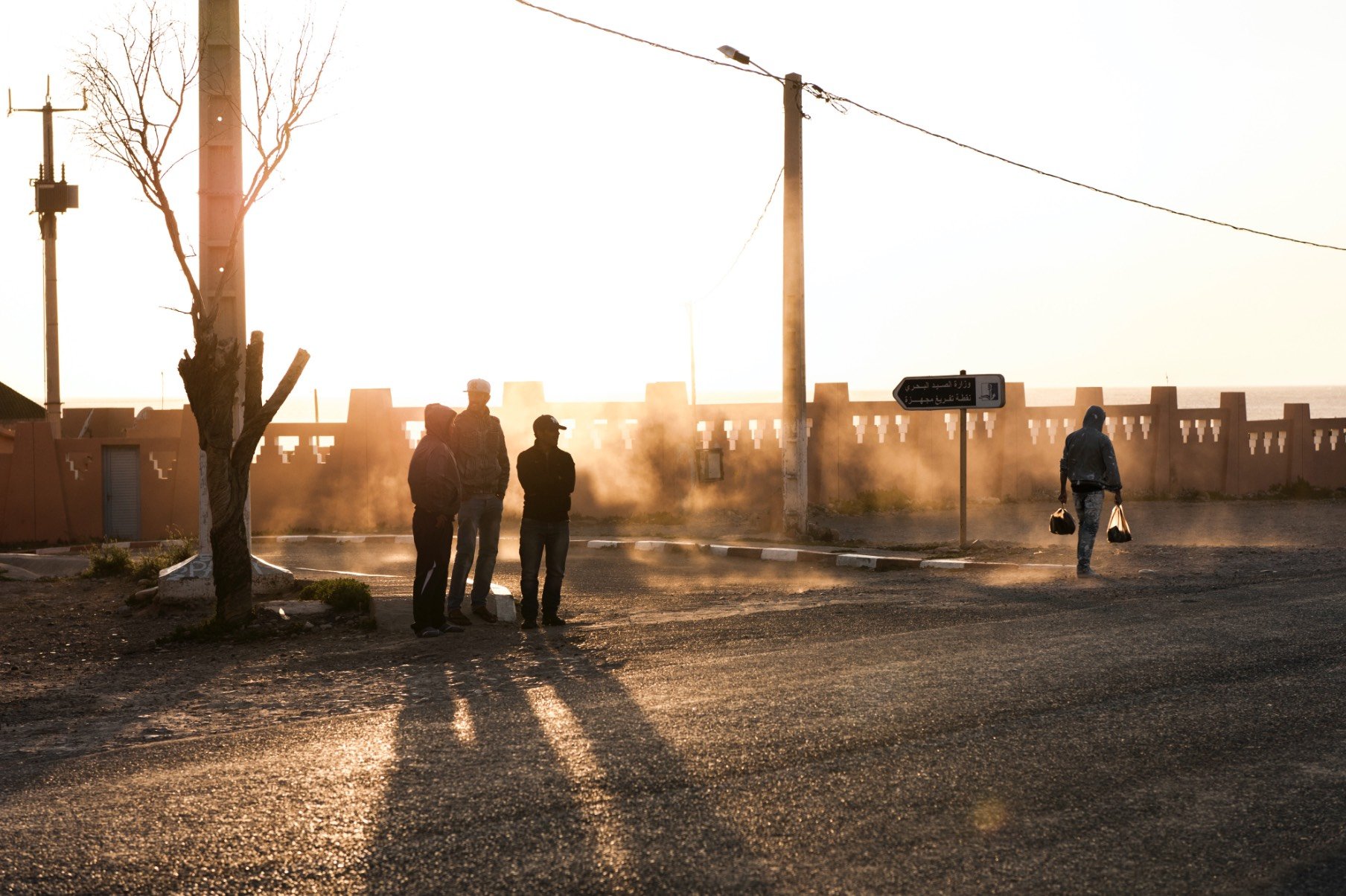 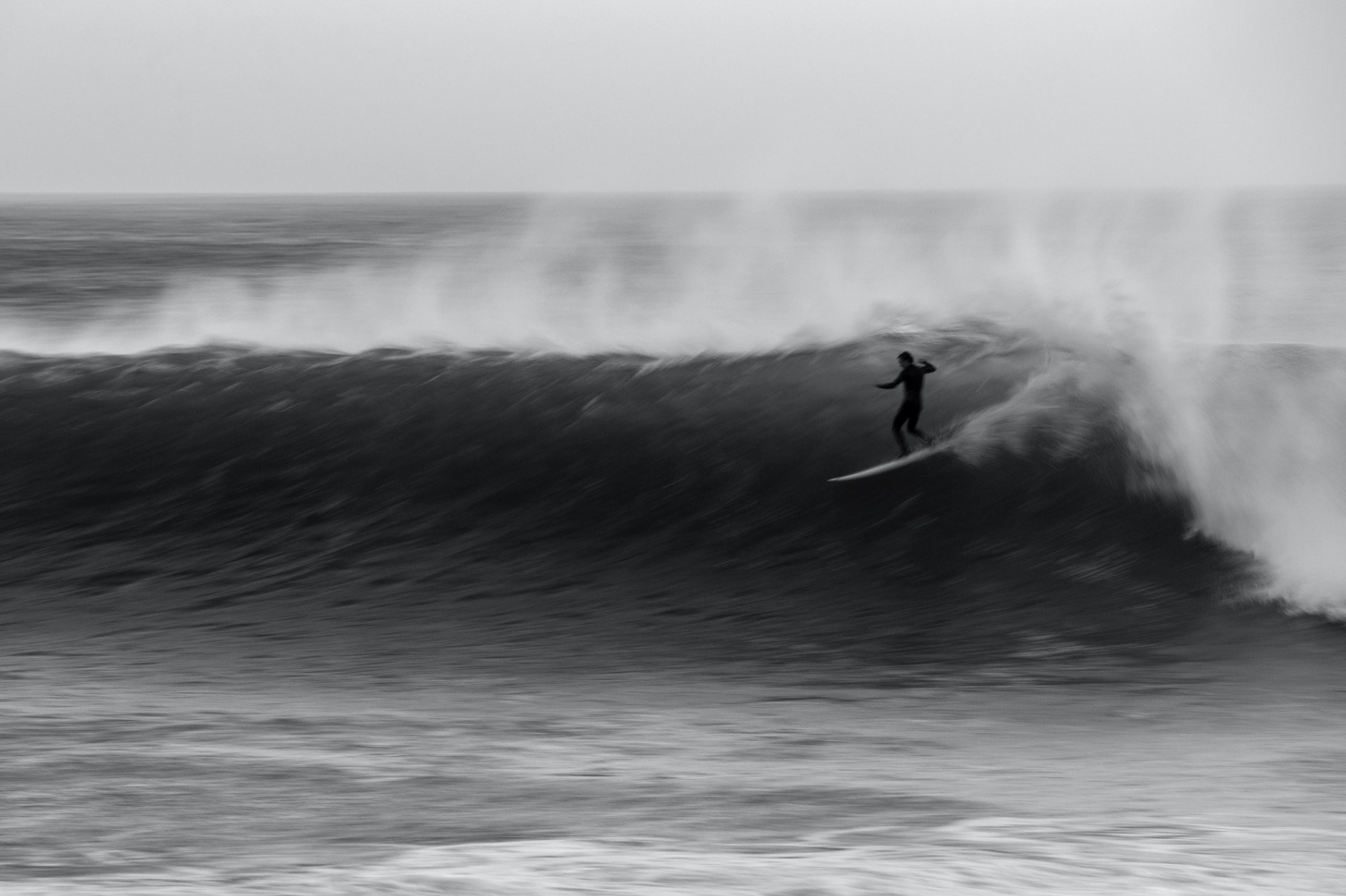 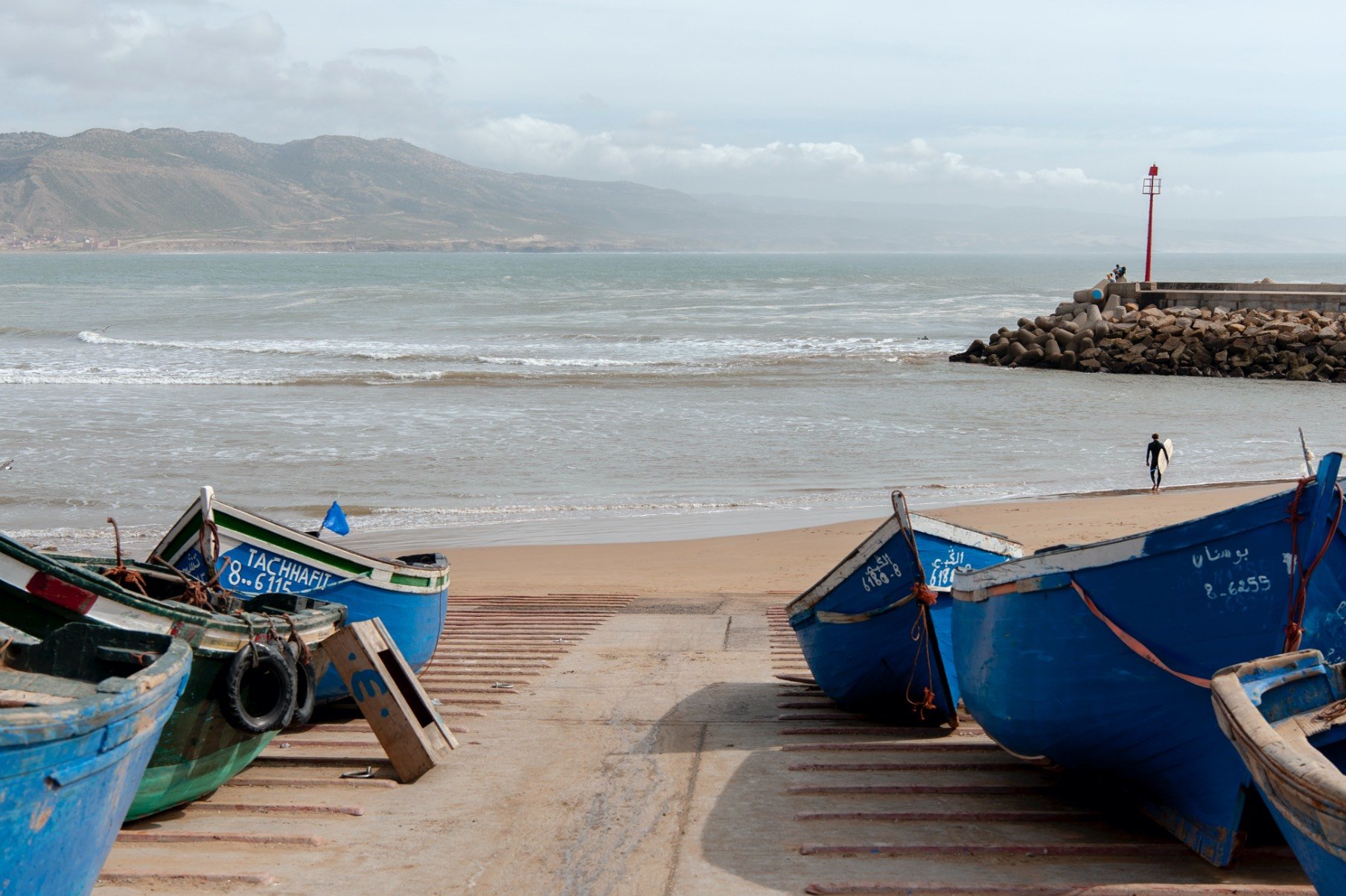 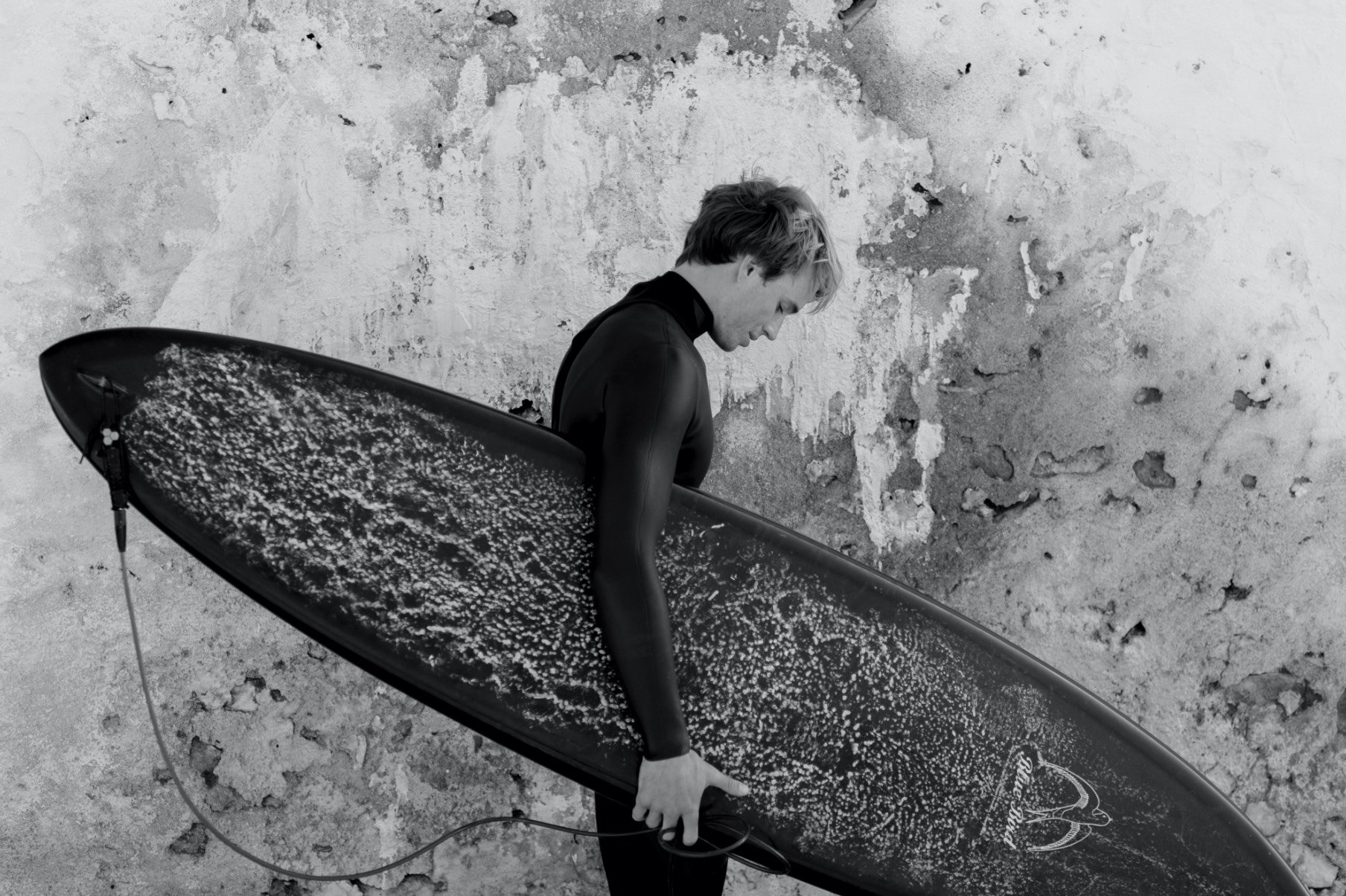 “As I stood admiring the scene, I couldn't help but smile. The wide, open faced walls of the moroccan pointbreak looked as though they would lend themselves to the elongated lines I was aspiring to score.“